I SO VERY MUCH wanted to talk about chapters 64 and 65– Honest And For Truly. But things came up in my schedule, and I we were rendered unable to talk. But MAN OH MAN were those chapters HYPE!!! So I wanted to at least talk about 1 of the chapters involving Galland and Melascula. I remember a few weeks ago; I saw a leak for the end of chapter 64- it showed off their Chaos forms. But I dismissed it- because I didn’t think the leak was real. I mean; I hadn’t seen any leaks for any of the other chapters. TRUST ME I LOOKED FOR EM- and I still am. But I never saw this series with anything.

We’ll talk more about the leaks later. But for now; we have a chapter to talk about! Four Knights Of The Apocalypse Chapter 66: “The Assessment.” We’ll leave that part for later……….

Small Recap: After having gotten smacked into the dirt by the superior warrior, Pellgarde; Gawain of Famine is shown for the first time how weak he truly was. So he just starts CRYING– like a little B!tch. Tristan manages to calm him down like before, but things don’t remain that way forever- as Arthur sends 2 spies to get rid of Liones’ biggest military asset: The Former King Bartra and his power of Prophecy. One of the spies goes off to kill him in his weakened state, while the other reveals themselves to be “Chaos Melascula,” and revives Galland’s statue to become “Chaos Galland.” Very Clever Naming Scheme. They start tearing sh!t up, which brings the Four Knights Of The Apocalypse together once again to wreck their plans. And here we are.

THIS WEEK’S CHAPTER: In Camelot; Arthur explains who Galland and Melascula are to Mortlach(for those who haven’t read “Seven Deadly Sins”). Hearing that story of how they and the other Commandments ravaged Camelot, he the Knight asks his king why he chose to resurrect them. He explains that- in addition to being “Reliable Firepower-” it is to make them atone for what they did during the Holy War 16 years ago.

He sends out the scout………… creature….. bat thing– “Orlondi-” to scope out the scene. And Orlondi not only relays that the Four Knights Of The Apocalypse are standing against the Revived Commandments- but that his Niece, Gawain, is with them!! Arthur can’t help but laugh at the idea that Liones thinks they can “tame that wild stallion.” But nevertheless; Liones’ “Vision” puts Camelot at a strategical disadvantage. So he’s going to Liones to make sure that all ends today…………..

Back in Liones; the Four Knights stand against the bewildered Commandments. The other Holy Knights present believe they’ll be able to win, but Chaos Galland and Melascula feel otherwise. So they put the Prophesized Knights to the test!

Chaos Galland goes on the offensive immediately, but Lance and Tristan manage to avoid his attack- while Gawain tanks the attack and Percival………… well; we’ll talk about that later. Melascula manages to trap Tristan in “Cage of Darkness-” a spell even Meliodas couldn’t escape. But as soon as Lance and Gawain begin to take the fight to Galland; the tables turn in favor of the Knights. Particularly when Percival gains a MASSIVE influx of power. Thus; Four Knights Of The Apocalypse Chapter 66 comes to an Optimistic END!! Alright; I did have to look that one up……

I REALLY wanted to talk about these chapters- because they brought back one of Favorite Commandments in Galland. I liked his design a lot when I first saw him, and he was pretty menacing when he first showed up. Thing was: ONLY when he first showed up. He was essentially the Commandment’s “Hype Man;” they guy that gives you a rough idea of what you’re in for with this particular group of villains. And I felt that he filled that role perfectly.

He came, tore sh!t up, got thrashed by Meliodas and Escanor to show how much stronger those 2 are, and just left. Kind of a generic “Demon Bad Guy,” but it was fun to hear him talk- his voice in the dub was actually pretty good. And now he’s back to pretty much do the same thing- or so I think. I hope we do a similar thing to when he and the Commandments were first introduced; he comes, tears sh!t up, something happens to make him leave, training arc, comeback, get’s his @$$ kicked, and exits the story promptly. Something simple like that.

All that said; he’s a bit more “Brutish” looking than before- although it’s more than likely still the same Galland we knew back then. Though I don’t think he’s worried about using weaponry and being all “swiftly moving across the battle field” kind of brute. He’s a muscle head. Which could play into the Four’s favor. Lance is a smart kind; he knows how to deal with the “Muscle” types- just like Pellegarde dealt with Gawain a few chapters ago. Which brings up something I WISH I could have talked about in a review for last chapter: The Leader Of The Four Knights.

The end of the last chapter showed off the Four knights together again, and………… the one in the front was Lance. Which just made SO MUCH SENSE to me. He’s logical, pragmatic, calm, and above all else- He pulls no punches. He’ll tell you all the problems you need to work on, and he’s not afraid to finish the enemy. He just makes sense– especially where Gawain is concerned. I can imagine Gawain trying to pull the same sh!t he did with Pellegarde, and it ends the exact same way. Only he will tell Tristan to Belay That sh!t, and we can actually begin to teach Gawain how to use that power of his. They could honestly do that together; Lance being brutally honest, and Tristan giving advice when needed.

Although that gets into the idea of them fighting each other. Could Meliodas implement similar rules to the ones the Sin used? Probably. But moving on from that; I wanted to talk about who that other Hooded Figure was. Because there were 2 intruders from Camelot, with Galland being revived by Melascula when they were surrounded by Holy Knights in chapter 64. So who was the other guy? They said that they “knew Liones better than anyone in Camelot.” Who currently on Camelot’s side has been in Liones before? Someone who knows how dangerous Bartra’s visions are……. I think you guys know the answer.

Merlin Is Here To Kill Bartra– or perhaps she’s learned a spell to either deactivate his “Prophecy,” steal it, copy it, corrupt it, or SOMETHING ELSE. Either way; she’s out for Liones’ biggest weapon. And being a former resident, it makes sense that she’d be the one making her way to the castle over someone like Galland or Melascula. I don’t know what happened in the last 16 years that made things the way they are now– that’s a topic for a whole other discussion. I doubt it was something as trivial as “They cost me my arm,” given how these characters are. Oh yeah; Arthur’s missing an arm, by the way. Some sh!t went DOWN since the Holy War.

I think this fight might prove to be right up Gawain’s ally; Galland’s a BRUTE brute now- he’s not gonna try to dodge or “finesse” the situation. Though he won’t learn anything from that; he’ll just end up doubling down on the “Biggest D!ck” thing(don’t even go there). So I think the best thing for this fight to do for him is teach him that- not only is he inexperienced in combat- but he’s NOT “The Strongest.” That would KILL him. And lead to the training arc- should Suzuki Sensei chose to go that path.

…………………… That’s all I wanted to talk about, I guess. Because it was already late, I wanted to get a little more “in-depth” with my thoughts on the chapter. The internet in my place was messing up, so everything got slowed down. It SEEMS to be over that now( knock on wood, knock on wood, knock on wood), so hopefully this won’t happen again. Though I don’t know how many chapter reviews I’ll be doing with One Piece on Hiatus; Black Clover STILL being on hiatus; My Hero Academia; and work getting in the way. Might be more of this series and “Edens Zero” for a while.

In any case, guys; that’s all I got for y’all. Let me know your own thoughts on the chapter in the comments. And until the next post, all; Have A Magically Wonderful Day. By~~~~~~e!!! 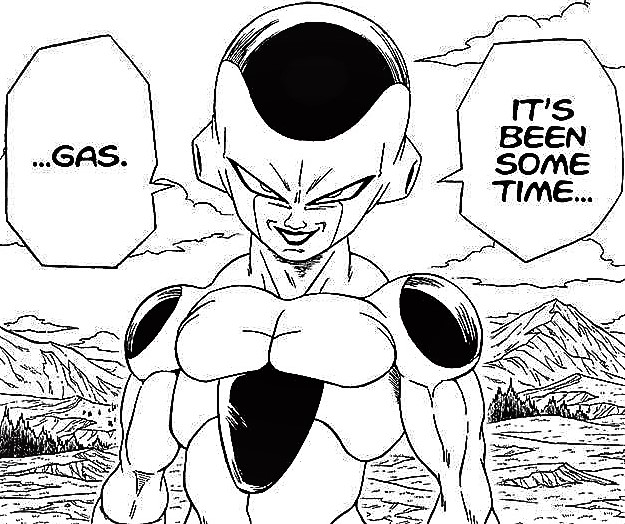 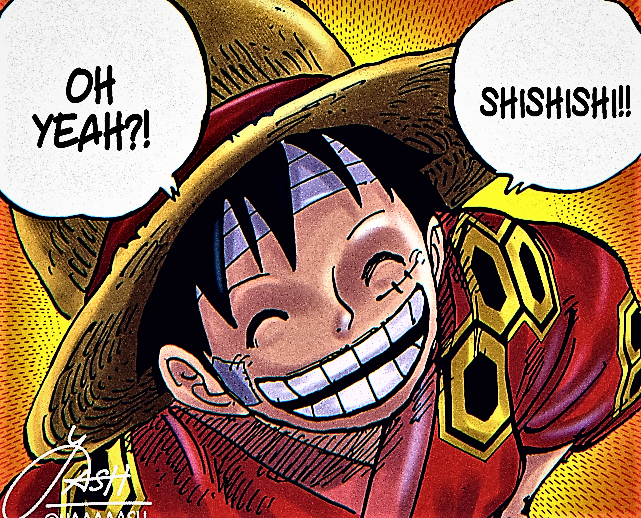