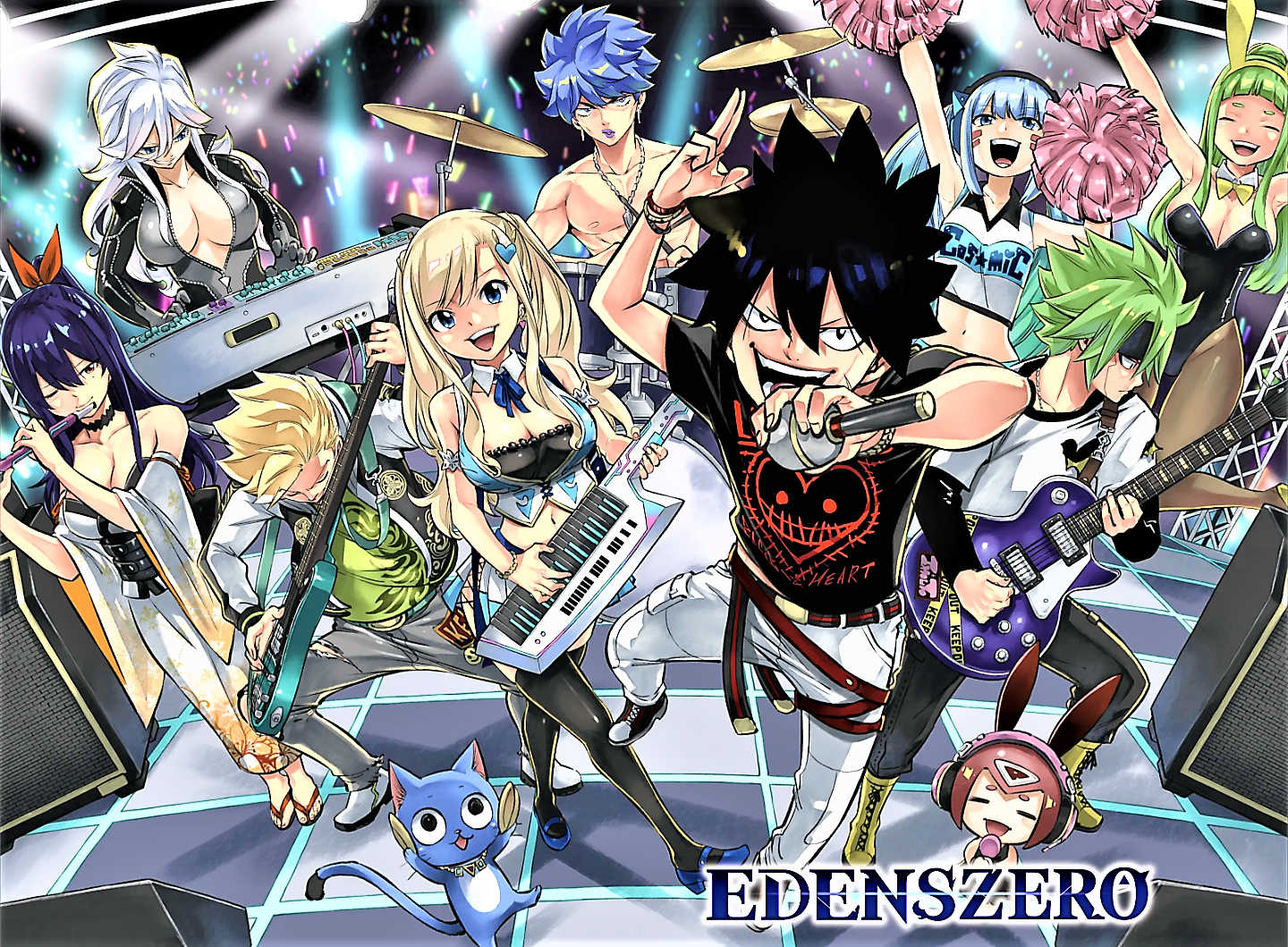 …………… How do I even start this post? There are several ways to start, but I think I should begin by admitting: I Was Wrong. Rj Writing Ink, and others on Twitter- they didn’t believe that Future Shiki had been overwritten by Ziggy; that he was simply pretending to have been possessed again to force Shiki’s hand. I however, being the contrarian that I try not to be but Am, said that he WAS possessed again, but had enough control to teleport Pino away with “Wormhole-” not really knowing where she ended up but thinking it would lead to her own personal training arc so she may grow stronger. It was me “making a mountain out of a molehill again.” But “Occam’s Razor” is a thing, so, uh……….. Yeah. So I’ll admit: I was wrong. Sorry for doubting you, RJ- sorry to everyone else on Twitter, too.

The Title Of This Post. It holds relevance. I chose it because this series is about how the Universe shapes Shiki, and how he will grow to change it in response. Chapter 2 started with Mother telling us that Shiki will either become “A Hero Who Saves The Universe,” or become “An Evil Demon King Who Brings Only Destruction.” Whichever path the series takes depends on how Shiki is raised- his experiences with people- good and bad; his experiences in his adventures and what he takes away from them; the people that he chooses to keep around him; the life that he chooses to lead. It’s all building to the choice that he makes when the time comes. And this chapter features a very important lesson going forward: Do NOT Hesitate. Because if you let doubt in your mind for even a MOMENT– You Will Lose Everything That You Care About. Edens Zero Chapter 214: “As One…”

We begin with a colored flashback, in which Ziggy is training Shiki how to use “Satan’s Gravity.” He says that Shiki is showing a “real aptitude” for it, but Shiki finds this patronizing considering he’s lost again. The 2 keep training as Michael watches on………

Back in the present: Shiki lands a THUNDEROUS “Gravity Fist” on Ziggy. Fueled by Pino’s death and his new power; Shiki attacks his Grandpa with his Full Force!! But taking Ziggy down isn’t going to be as easy as that. The fight rages on, causing mass levels of destruction the more and more they clash. Shiki even demonstrates how far he’s come by crashing down several pieces of rubble that Ziggy sent his way! They clash again, this time- in a similar fashion as to when they trained in Shiki’s younger years, even down to the movements.

Shiki takes the the sky, and begins to charge his “Black Sky.” As he makes the ball, he reveals to Future Shiki that he saw through the act- He knows that his future self is still in control. He says that he’s not gonna “fall for the same trick twice(in reference to chapter 1 of the story),” and says that he’ll follow through on the goal at hand. He sends “Black Sky” at Future Shiki, and a Massive explosion occurs………..

The dust settles, and Future Shiki is gone. That brings Pino back from where ever she was, realizing what was going on. Shiki says that he’s glad, and tells his Grandpa the words he didn’t get to say the day that he lost him:

-The Demon King Of The Edens Zero- Shiki Granbell

The remnants of Future Shiki reminisces about his life up to now; from being sent back in time to find Mother, finding and raising Shiki, right up to this moment. He says that it was a Strange And Unusual life, but that the Shiki standing here is one “outside the wheel of time-” a version of himself who never became the Demon King Ziggy. Meaning that he’ll never truly be gone. He and his past self are now one- the one who will choose the path of the Edens Zero, guiding the Fate of the Universe itself.

Shiki promises to be the person he knows his Grandpa would want to see. Edens Zero Chapter 214 END!!! It was a Big Battle chapter, so there really wasn’t much to talk about. So get ready for a few paragraphs talking about the same thing we did at the start in a more detailed fashion.

Shiki learned an important lesson in this chapter; he learned that he can’t hesitate on a decision- he needs to follow through on what he, as leader of the Edens Zero, decides to do. To quote a line from the 2013 Teenage Mutant Ninja Turtle series: “Being a Leader is not about ‘Right’ and ‘Wrong-‘ It’s about Choices.” How this applies to the overall course of the story going forward has to do with those same choices. There are going to be times when he’s forced to make a decision for the good of his crew- some of them may agree wholeheartedly, while the rest stand in opposition. It’s what he learned when the timelines split; he had to choose to leave with his crew, and let the rest on Nero 66 escape for themselves. But he took too long in making his decision, and……… Witch died protecting them. He CANNOT make that mistake ever again………..

I also like how this form has progressed his power. I don’t think we’ll full on get rid of the old Overdrive form, but expect to see this a LOT going forward. That said- WHAT IS THIS? Is it the thing that clown referenced in chapter 189- the power of “Overclock?” Or is it his Ether gear reaching another “critical point” and changing again. That……… that doesn’t sound like it would make any sense. But then that doesn’t answer the question at hand as to what this is. Let’s see……….. Overdrive is “Ether Reaching It’s Critical point and changing-” it’s “boiling,” getting rid of………… “impurities” in the Ether. Like distilling water or something.

If this is indeed “Overclock,” then maybe this would be “Ether Overload-” that ether circulating through your body faster than before, forcing it to “leak out more” resulting in more power. But because it’s not as if you have “more ether,” it’s extremely limiting in its usage. Something to that effect. Watch me be wrong in the very next chapter. Like with this one.

All that said, that’s pretty much all I can add to the chapter. I can’t really say what will happen next week. I know we’re at the end of this arc; Shiki and the others have pretty much done all that they needed to- Defeat Ziggy and his allies, and they’ve even managed to cut down the number of Galactica, making less enemies to fight in the Grand Shiki Cosmos. So……… Nothing left to do here. They could go to the Yuki cosmos, and they could go through with Operation Planet Eater, but- all things considered……… Not really a point anymore. The only plot point we’ve yet to wrap up is Holy’s overall plan to take out Ziggy, Elsie, and Shiki in 1 fell swoop. And I more or less feel like she’s abandoned that plan at this point. The War is over. Time to get a move on…………

That’s all. Like; ABSOLUTELY all that I could think of. I think we’ll learn of Holy’s plan, but I honestly don’t think she’s gonna go through with it anymore. No Point. Especially since Shiki, Elsie, and Nox are probably going to lose their status as Galactica and thus no longer being Enemies of the Space Government. Even if they don’t become Interstelar’s, they probably won’t be Galactica anymore because their status was “tainted” by Cure. So…….. That’s all, guys. Let me know your own thoughts in the comments. And until next time, boys and girls- Have a Magically Wonderful Day. Later!!! 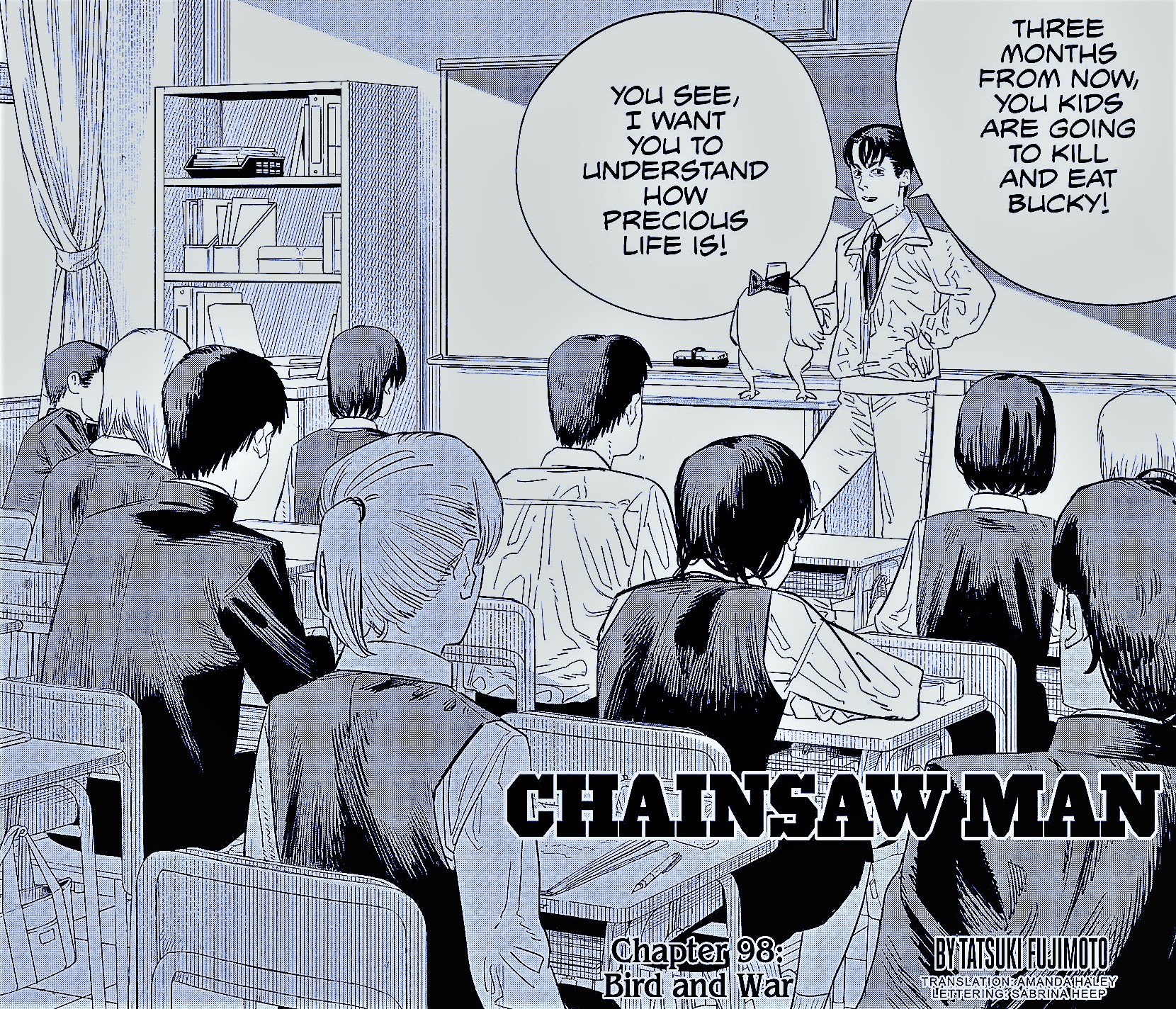 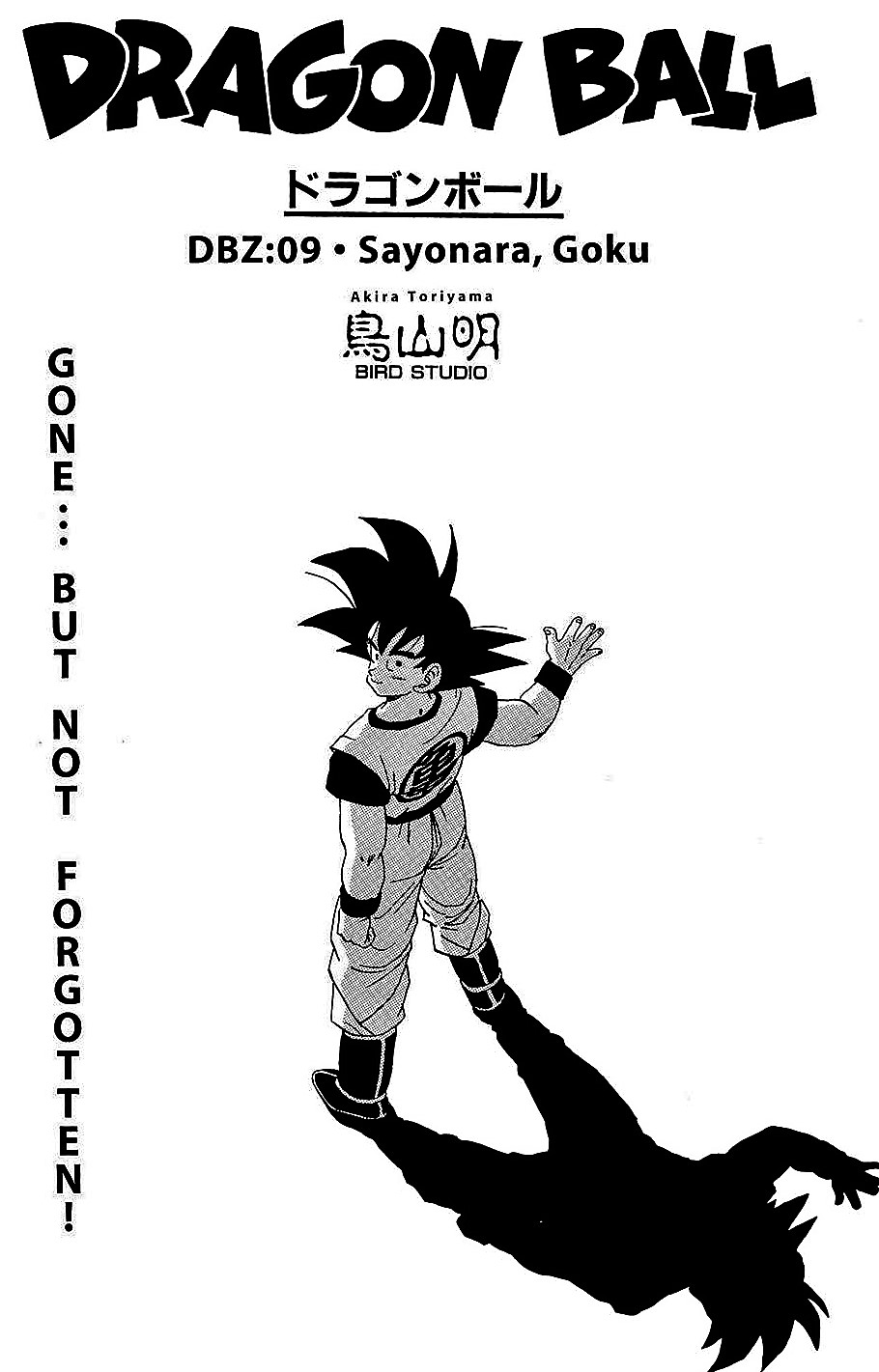 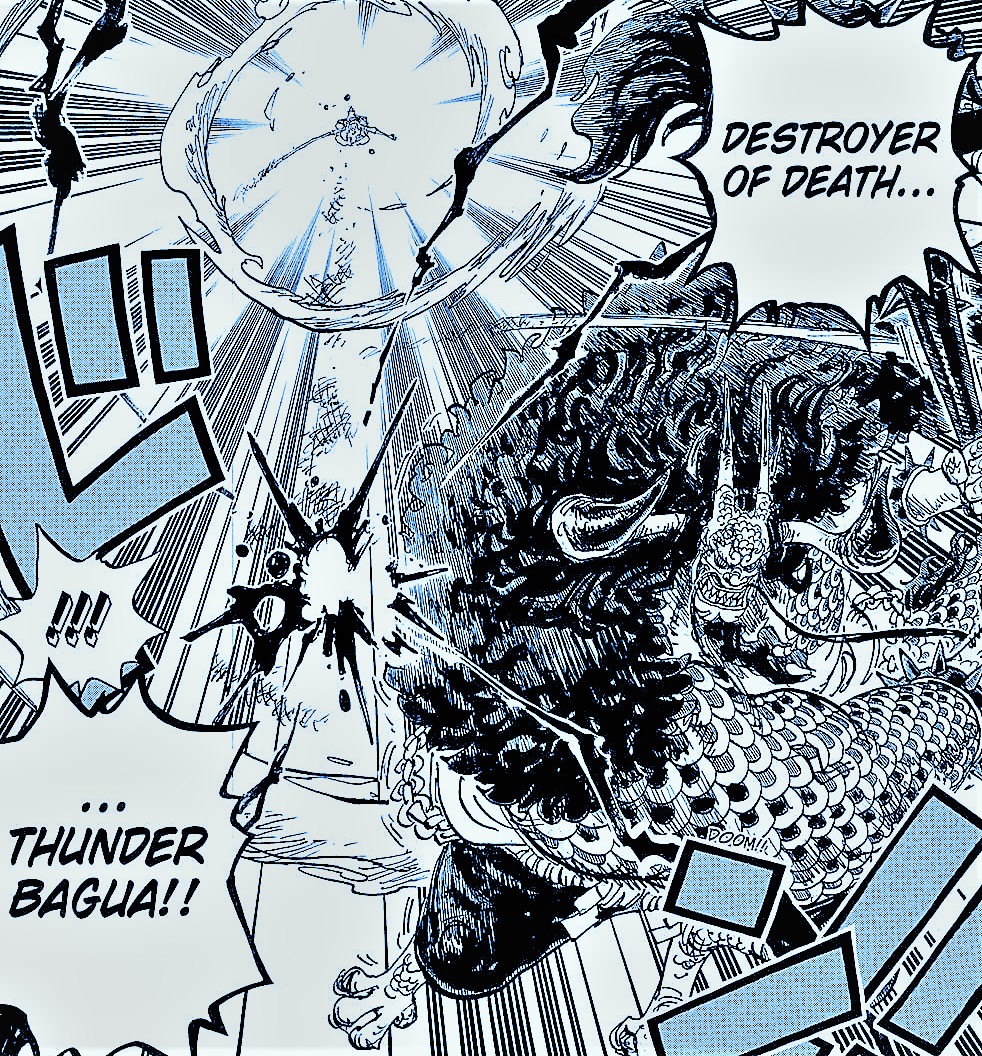 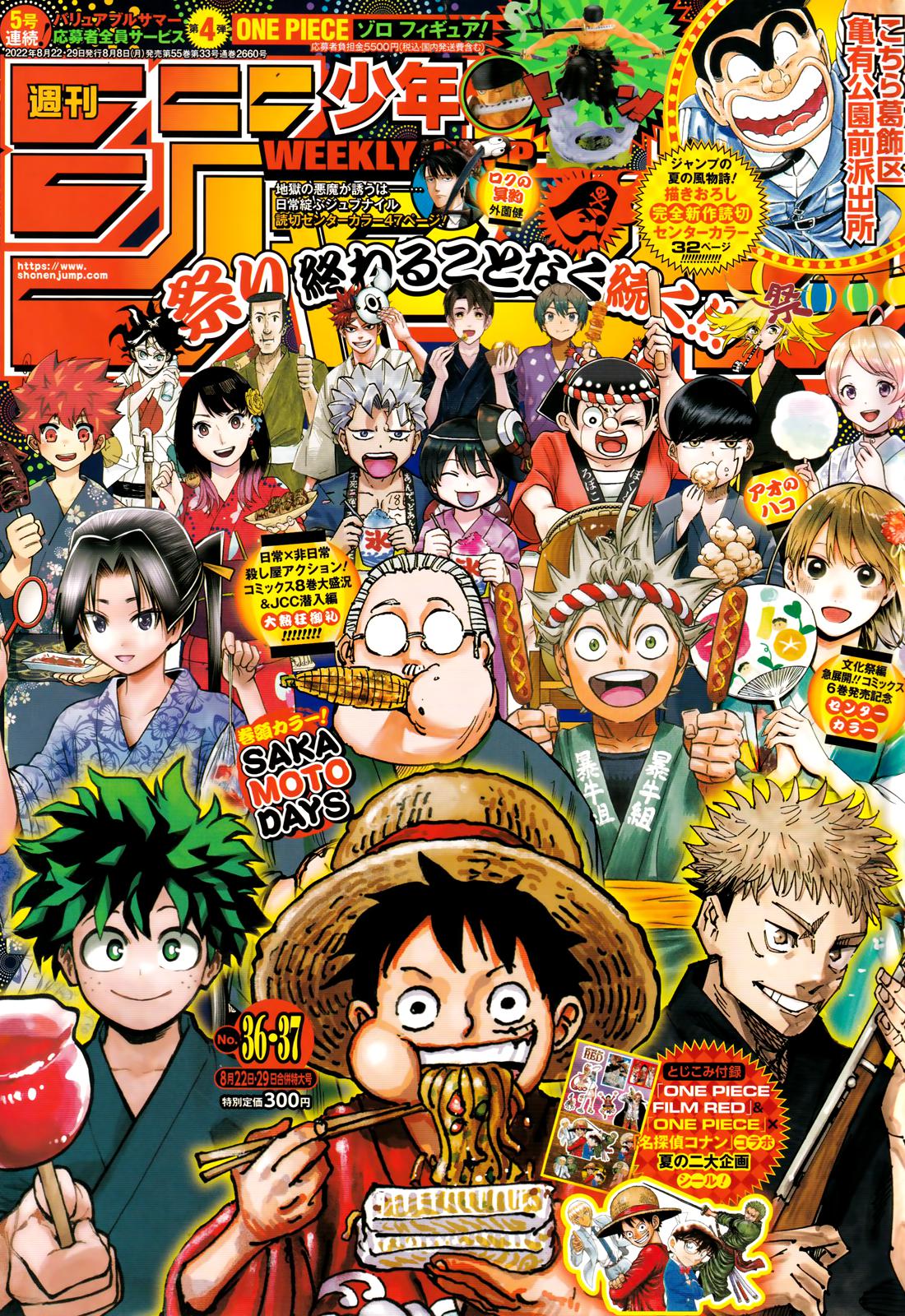